3 Additional Favorite Photos and the Stories Behind Them

This post is part of an ongoing series where I’ll feature some of my favorite photos and the stories behind them.

I’d like to continue the series I started in which I’m featuring images from an eBook I wrote called Essence of a Place: A Photographer’s Guide to Using a Shot List for Capturing Any Destination.  This is one of my favorite books that I’ve written as it explores a behind-the-scenes look at a variety of images I’d made up till that point.  Each image represents one of 30 different categories of a shot list.

That eBook, in turn, is based on the app I created called My Shot Lists for Travel, which is still available on the app store for download to iOS devices such as iPad and iPhone (and it’s FREE!).

For those who don’t have iOS devices you might like to pick up one of my other eBooks which is titled 52 Categories of a Shot List: Create Images that Tell a Story.  In this book I list each and every photo found in the app, along with an explanation of its representative category.

Time and again, national pride is expressed by the simple display of a country’s flag.  Be sure to look for city, state and regional examples, as well.

The Cubans are notoriously proud of their flag, and as such it can be seen just about everywhere, especially on holidays and at other times of celebration.

Here their flag was prominently displayed on the oldest hotel in Cuba, the Hotel Inglaterra, which is ideally situated on the Parque Central in an area called La Habana Vieja, which has been designated a UNESCO World Heritage site.

The Parque Central, or central park, is located at the end of the Paseo del Prado, a tree-lined promenade that leads straight to the malecon, or sea wall, offering incredible views of the bay and the imposing Morro Fortress with its iconic lighthouse, all a symbol of Havana.

Over the many times I’ve had the pleasure of being in Cuba I’ve photographed the flag dangling across streets, plastered against walls, displayed in windows and fluttering from people’s hands and the antennas of classic American cars from the 40s and 50s.

No other place have I been where they’ve so proudly and prominently displayed their colors, and because a country’s flag is so distinctly its own, I make every effort to capture it in all situations, and I highly recommend that you do the same.

Many regions of the world are renowned for a special food, spice or particular style of cooking or food preparation that is distinguishing; seize any opportunity to portray this.

This image is of what is quite possibly the best meal I’d ever had up until that point.  It was not only about the flavors of the cured meats, locally sourced cheeses and olive oil, or the deliciously crusty bread, flavorful tomatoes and robust house wine, but it was as much, if not more, about the location in which I enjoyed it.

Lucignano d’Asso is an extremely small village located in the heart of the Val d’Orcia region of Tuscany.  While there scouting for a future photo tour, my local guide and fixer, Loretta, was driving me around this incredibly picturesque area, showing me a variety of locations that I might want to bring my groups.  Loretta was raised in Val d’Orcia, so I couldn’t have asked for a better and more well-connected guide, and as she was driving me down yet another seemingly abandoned strada bianca, or “white road,” she nonchalantly mentioned that she knew an older woman in a town just up ahead who has owned and operated the local alimentari for more than 60 years, but she doesn’t serve any cooked food, would that be alright?

What Else Is There to Do at Lunch Time in Tuscany But Eat?

It was lunch time, so of course I was interested, but when we arrived I was met with a small group of well-maintained Tuscan stone and brick buildings nestled on a hilltop offering breathtaking views of what seemed like the entire valley.

We arrived at Rita’s shop where Loretta was met with hugs and kisses, and I was ushered out to a small covered porch with just two picnic tables and a couple of other tables nearby. There was a cool breeze, birds were chirping, church bells ringing and I thought perhaps I was on a Fellini movie set, that it just couldn’t get any better than this, and for the time being I was right.

After about a half hour, allowing us time to suck it all in, Rita brought out plates lovingly displayed with food not long ago considered to be fit only for the area olive and vineyard field hands, but now, Loretta said, this is how all Tuscans eat…understandably.

SPECIAL NOTE: By the way, this shot was made way back when with my iPhone 5.

“Photography is the story I fail to put into words.”

If the location you’re photographing has a particular industry that it’s closely associated with, seek it out and be sure to highlight that within your shot list.

For years I’d heard about the Chouara Tannery located in the medina, or old town, of Fès, Morocco, but it wasn’t until I visited that I realized how impressive it is…in more ways than one.

For over 700 years, generations of men have handed down, from father to son, the fine art of leather tanning, which is a physically demanding job to say the least.

Walking up the 49 narrow steps from street level to the viewing gallery, I anxiously anticipated a scene I’d only witnessed on travel shows.

Have a Sprig of Mint

The men who work in the associated shop where the colorful finished leather goods are sold hand out sprigs of fresh mint to thwart the overpowering smell of animal fat, natural pigments and pigeon excrement (you read that correctly) used in the tanning process.

This scene is located in a fairly large space and is surrounded by three- and four-story buildings.

With this image I was trying to isolate the white vats on the left, the colorful vats in the center, and the drying skins on the roof on the right from all of the extraneous parts of the scene. To do so I had to position myself so that a very strong diagonal was created, which is a very powerful visual element and one I love to look for and incorporate in my photography.

Although I made many images focusing in on small groups of vats and single men working, none gave a real sense of the place like this one.

Are you working from a shot list when you travel?  Even one made in a notes app, spreadsheet or with a piece of paper and pen?

Let me know in the comments below, and please Subscribe to the blog (you’ll even get a free eBook) and to my YouTube channel so that you can follow along through the written word, photographs and video, I’ll be providing.

You can even choose to be there in person should you like to join me on a future tour.  Simply visit my PhotoEnrichment Adventures or Alla Campagna Experiences websites.

Finally, don’t forget to tell us in the comments below what your thoughts are, and be sure to let me know what else it is you’d like to learn more about.

life’s too short not to travel! 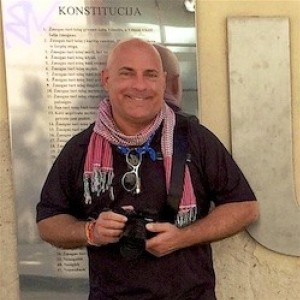 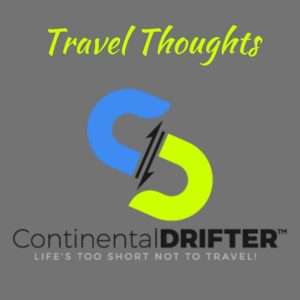 In this episode, you’ll learn some of my best tips for charging your electronics while on the road, as well as the ABCs of travel…Always

E5 Tips for Hitting the Road

In this episode, I discuss my top tips for preparing to hit the road, including starting to pack well in advance, backing up and updating

E4 Tips for Traveling with Medications

In this episode, I share some tips for safely traveling with medications so that you don’t run out, don’t have issues at immigration, and so